Emilia Clarke on love and romance at Christmas — тренировка аудирования 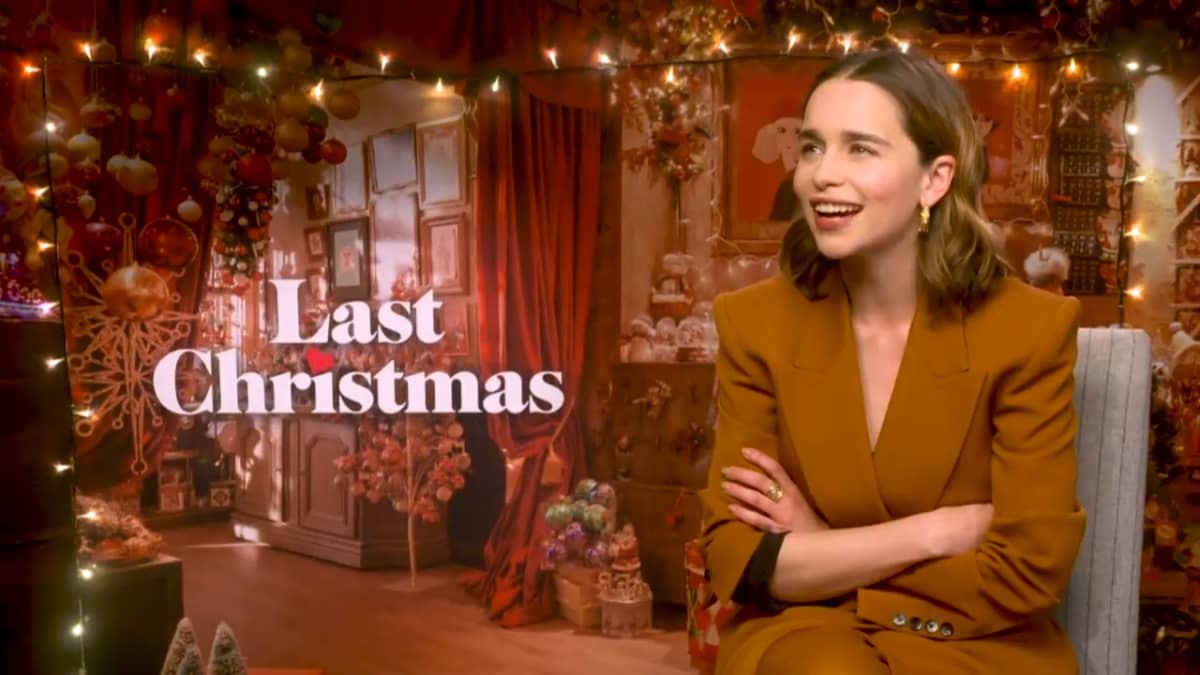 What’s the most romantic thing you’ve ever done for anyone?

One boyfriend that I had… in the middle of the night… the night before his birthday… I decorated basically the whole house with hundreds of balloons and all the flowers and all the presents and baked a cake, and by the time he came down I was exhausted. He’s like, okay, do you want to have some tea? I’m like, I’m going to go back to bed. Happy Birthday.

What’s the most romantic thing anyone has ever done for you?

Oh that’s really hard. The most romantic thing anyone has ever done for me, would be, god that's just really embarrassing... Someone actually... you know the bridge in Paris with the locks? I got a lock there. So you put the little love lock and you put the little... yeah, that was pretty romantic.

What’s your idea of a perfect date?

Perfect date? It’s not dinner. It’s definitely not dinner. Let’s go for a walk, because when you’re walking with someone you get the truth out. I know that sounds really weird, I have it with my mates, when you’re like, oh you’ve got some stuff we need to talk about? Let’s get on the heath. Let’s stomp it out because then there’s something that you can just get a lot of things out and then have a long walk and then end up at the pub. Because then there's not that what do you order, how do your order, what food are you eating, have I got something in my teeth, and it’s all a bit ugh, everyone is watching... Whereas you can kind of wander to somewhere lovely and then get a pint.

Are you for or against mistletoe?

Oh, so for mistletoe, I had a Christmas party once - I do like the parties - and I basically, the way that I decorated my house… was entirely with greenery and wreaths and that kind of stuff, and on the dance floor I made, I got the whole ceiling covered in mistletoe. So you couldn't see any ceiling you could only see mistletoe because I was like… someone needs to snog. Someone needs to get dirty on this dance floor. No one got off with each other. I was like, did it put you off having all of the mistletoe?

Are you for or against Valentine’s Day?

I’m pretty for Valentine’s Day, because if you’re in a relationship then it’s an excuse to have a date night and if you’re not in a relationship then it's an excuse to go out with your girlfriends and be like, 'being single is great and here’s why', and let’s do something ridiculous on Valentine’s Day. I sort of feel like it’s a bit of a relic now anyway, Valentine’s Day. You know was 11 and you’d get a chocolate heart from a boy at school. It’s sort of, I don’t know... It's an excuse for us to do something on a particular day en masse.

Who was your first crush?

Leonardo Di Caprio. 100% yes. Probably still now - no I mean, I don’t know a young girl, or young boy, who didn't think that Leonardo Di Caprio circa Romeo and Juliet leading into Titanic... hell I’ll even take him in What’s Eating Gilbert Grape, do you know what I mean? He was fit. Really awkward, I have met him. He just went “hey” and I was like “yehuh”. 12-year-old me was like, 'say something!' I was just looking at his face going, “hey”, and every part of my brain was like, “say another word”, and I couldn’t so I just said hey three times and then just walked away and he was like, cool. I was like, can’t do it, can’t do it. Jack!

You know you’ve met a right person when…

It’s weird I’m obsessed with this George Michael song, he did a cover of “I can’t Make You Love Me” and just the whole song I think is so romantic. “If I can’t make you love me then I won’t” - it’s kind of, I know that sounds like anti-romance but that’s pretty romantic. A lot of his songs are about heartbreak though so there’s a lot of heartbreaking moments, so it’s romantic for yourself and it’s sort of, you know, paying homage to the big stuff, and love.

What’s the most romantic song of all time?

There are many, I think that, you know “She May Be The Face I Can’t Forget.” It’s just romantic, it’s so romantic, obviously it’s the closing credits for Notting Hill, which makes me think it even more. And you’ve got Julia Roberts with her smile looking fabulous, but that is I think one of the most romantic, also The Cure “Friday and I’m in Love”. Just that whole song.

Aside from Last Christmas, You’ve Got Mail I love it. You know when you have those VHSs from back in the day when you were a kid and you’ve got three at home and you’ve watched them all 17 times? You’ve Got Mail was one of them and so from then... also Nora Ephron till I die. Just love her.

Are you for or against kissing a colleague at a Christmas party?

Oh do it. If anything, get it out of your system, because you’ve got that crush and it’s lovely and you'll have that gorgeous memory, and then you can be stuck in the lift with them at some point and be like, awkward, and then you get a bit of gossip, and then when you come back in January you want to have some stuff to talk about. You want to have the office dynamic of, 'What happened?' But definitely carpe diem, carpe diem. Because you never know, he could be that person, she or he could be it and it just needed some mulled wine and some bad DJ music to just make it happen.

What’s the sweetest thing you’ve ever done for your friend?

So my best friend Lola, for whatever bizarre reason, I always have a day off on her birthday every single year. So every single year we do something. And last year, this year rather, I took her to a spa, the year before that - I think it was the year before that – I dressed us up as Clueless and we went horse riding, and we did this whole thing, so yeah it’s always Lola’s birthday that I’ll always do something like that.

Best celebrity couple of all time?

Of all time? I mean, is it wrong to say Brad and Jennifer Aniston? I know that they’re not now, but they were so perfect. They just... and then currently Bey and Jay-Z, 100%. It just makes sense; it’s just completely logical and brilliant and perfect.

Emptying the bins even though you know it’s not your turn. That’s what love is. 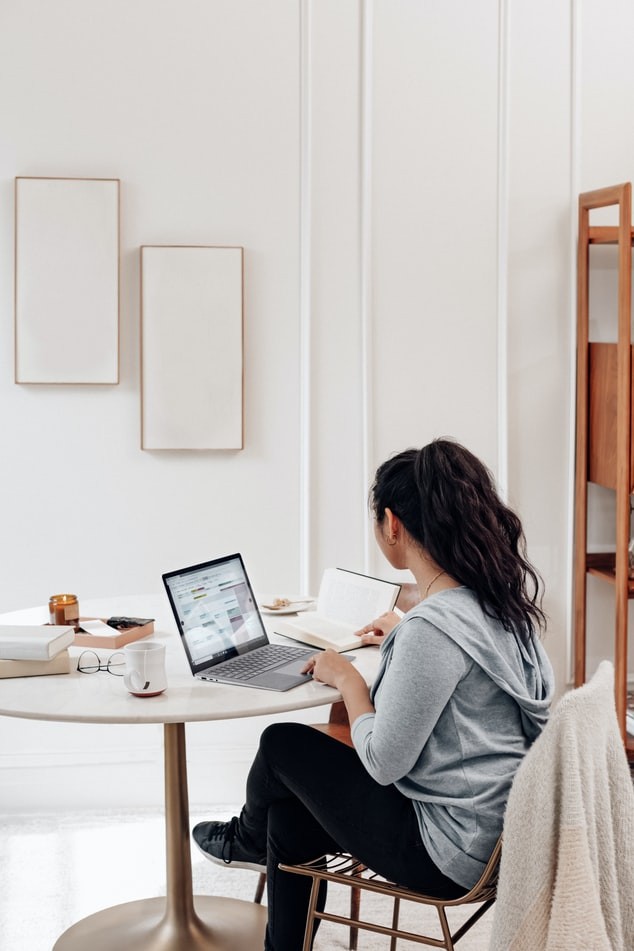 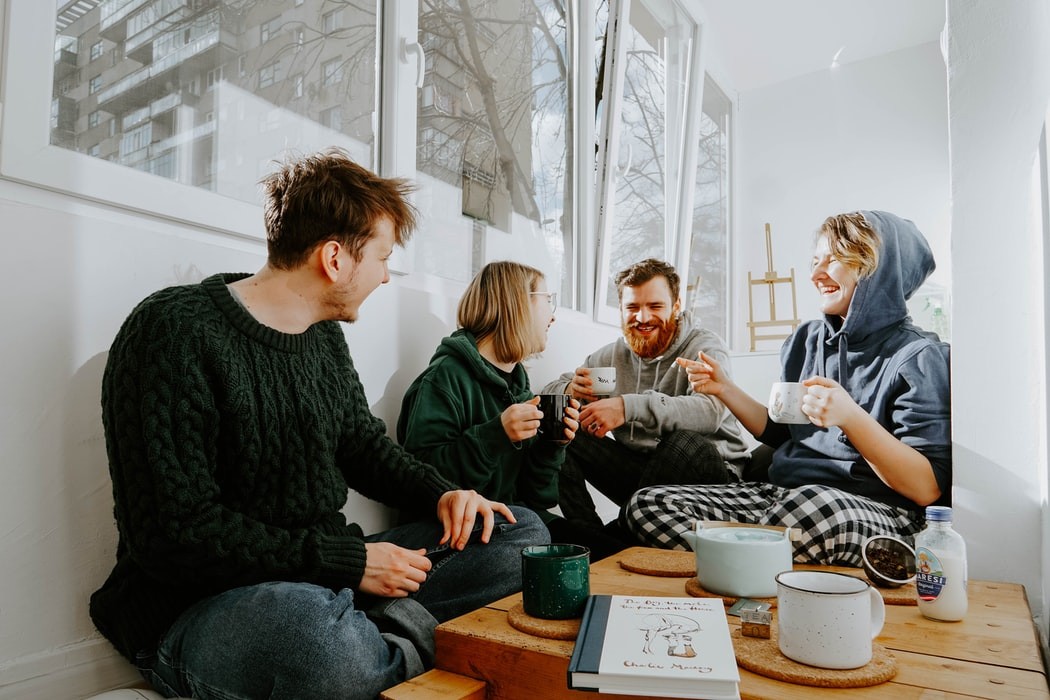 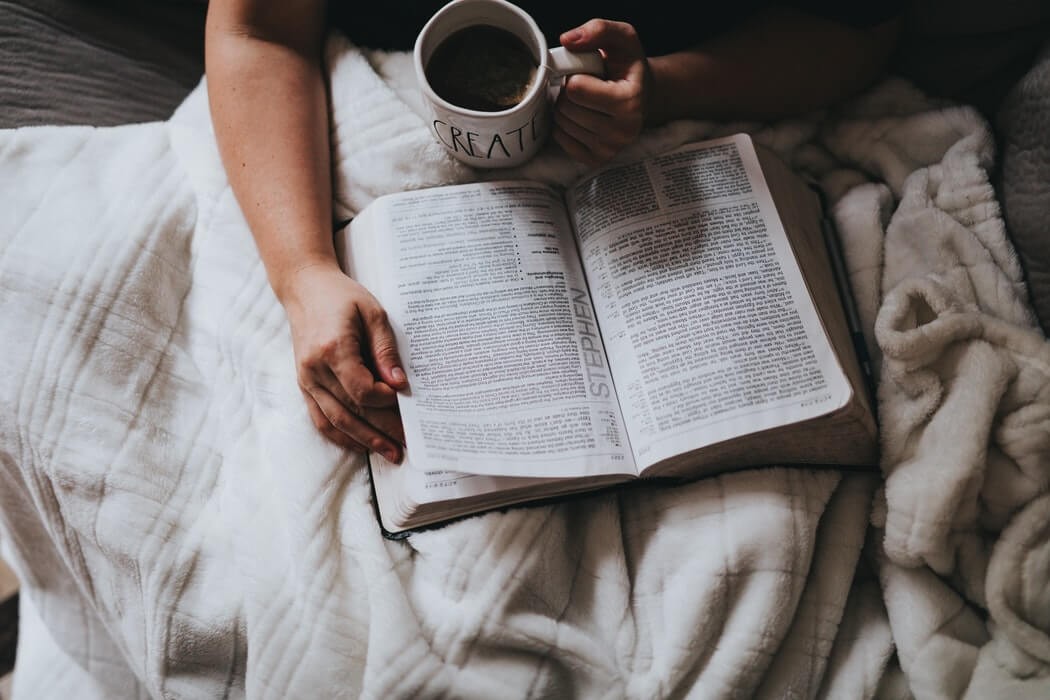